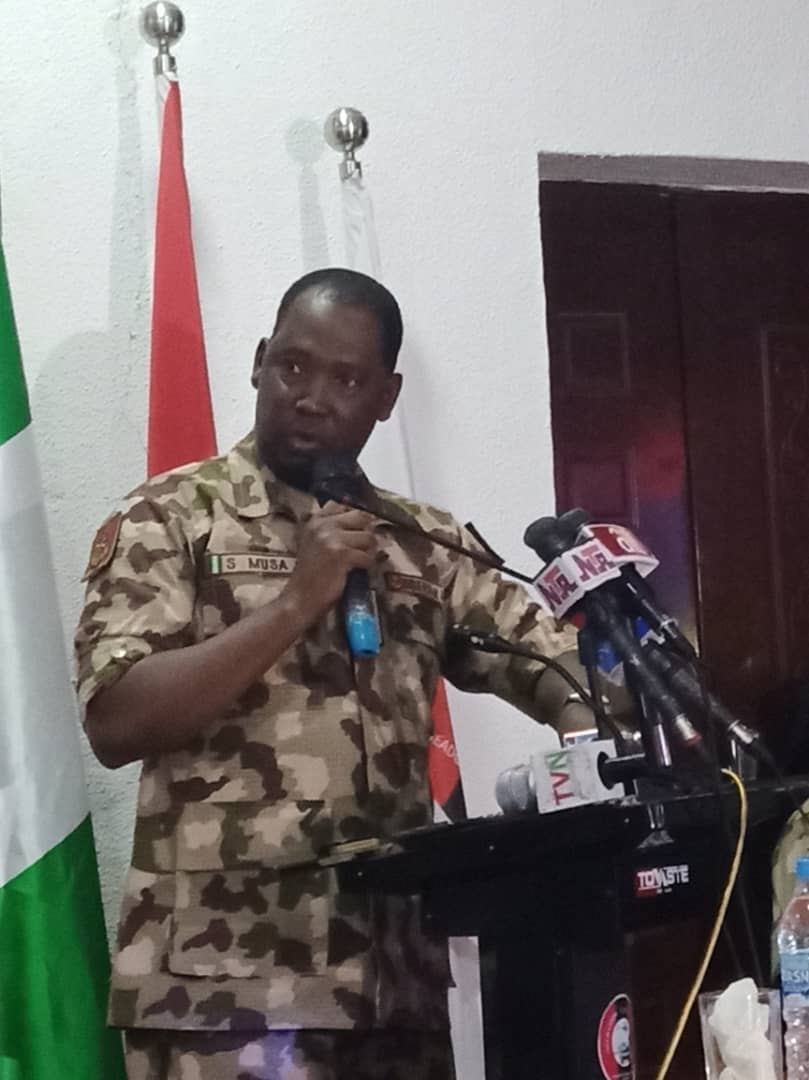 General Adeniyi stated this while briefing the team of Journalists who visited the theatre to see the progress of the on-going counter insurgency operation of the Nigeria Armed Forces in the Northeast on Friday in Maiduguri.

He said that there was no inch of the Nigerian territory that is under the control of Boko Haram insurgents.

“Since 2017 the Army has technically defeated the Boko haram terrorists and we succeeded in taking the areas back from the insurgents .

“It was only then that the military commenced series of serious operations against the terrorists, recapturing over 24 towns and villages hat were under the control of Boko Haram terrorists.

He also assured people of the northeast and that the Nigeria Army Troops would continue fighting the Boko haram and Islamic State of West African province to the very end.

The commander stated that the creation of Super Camp strategy had enabled the troops to succeed in the fight against the Boko Haram and Islamic State of West African Province terrorists.

On the issues of equipment and motivation, General Adeniyi said the Nigerian army is well equipped and motivated to fight the Boko Haram and Islamic State of West African Province terrorists.

Our Correspondent who is among the Journalists that visited the north east from Abuja reports that the Theatre has produced Nigerian made Mines Resistant Ambush Protected (MRAPs) vehicles to meet their operational equipment requirements.