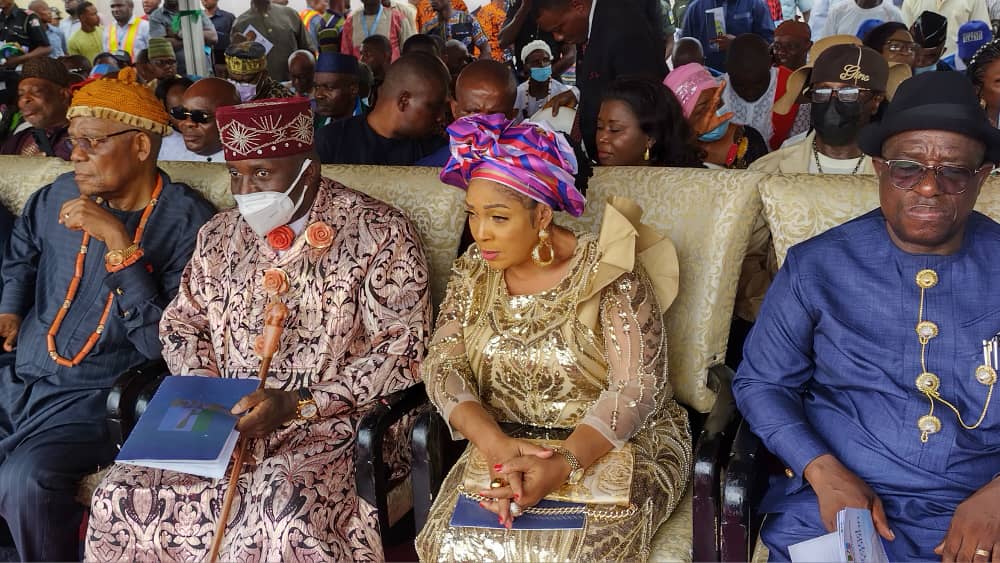 The former Minister of State Federal Capital Territory (FCT), however, promised to end poverty, ensure even development of the state and bring prosperity to his people.

Senator Akpanudoedehe declared Saturday at a grand reception to receive him back to the state after his service as the National Secretary of the party’s CECPC at Ibom Hall, Uyo, Akwa Ibom.

A large crowd of party faithful that thronged the venue, took turns to plead with him to rescue the state by contesting for the governorship, a call the former CECPC Secretary accepted and agreed to carry the flag of the party at the 2023 governorship election in the state.

Accepting the call, Akpanudoedehe said: “I want to accept your call. I hereby accept to run for the office of the governor of Akwa Ibom State.

“My focus will be how to deliver my people from poverty. I shall embark on a poverty alleviation program. N1m grants will be given to 1000 people in each local government area of the state.

“It is time to empower the people and not to continue to depend on stipends. We will make Akwa-Ibom the hub for technology.”

He promised to give priority attention to the state urban renewal and development, particularly in Eket local government, alleviate the suffering of pensioners in the state and establish primary industries in Uyo, Eket and Ikot Ekpene.

Akpanudoedehe who was appointed Secretary of the defunct CECPC of the APC on June 25, 2021, was full of appreciation to President Muhammadu Buhari for allowing him to serve as national secretary of the party and other stakeholders who didn’t reject my nomination.

APC National Vice Chairman, South-South, Chief Victor Giadom who stood in for the National Chairman of the party, Sen. Abdullahi Adamu at the ceremony challenged party leaders and members in the state to team up and work for the victory of the party at the next general elections.

” With the crowd here today is clear proof that the APC here is viable and strong. Nobody can say we aren’t strong in Akwa-Ibom. Let us keep working together. We are close to the election and this isn’t time for us to fight ourselves but work together for the actualisation of APC success in Akwa-Ibom. From the leaders I have seen here, the APC will bring victory to us.

“Let us come together and face our common enemy. Let us work together so that we can bring victory. I will like to come back here with the APC sitting in the Government House. I urge you to go back to your respective units to bring victory to APC. We can deliver APC to Akwa-Ibom,” Giadom motivated the crowd.

In the same vein, former Secretary to the State Government and Managing Director/Chief Executive Officer of the Oil and Gas Free Zones Authority, (OGFZA), Umana Okon Umana, appealed to members to remain focused and avoid distraction from the race to the Government House next year.

The party state chairman, Obong Augustine Ekanem debunked the claim of division in the party, he insisted the party was intact under his leadership and was ready to take over government from the ruling Peoples Democratic Party (PDP) in the state.

“APC is one, APC isn’t dividend. Everyone is encouraged to go and campaign so that we can defeat PDP. The PDP is our enemy, we don’t have one within. There is no victory inside APC, the only victory we have is how to defeat PDP. God will take us to our destination.