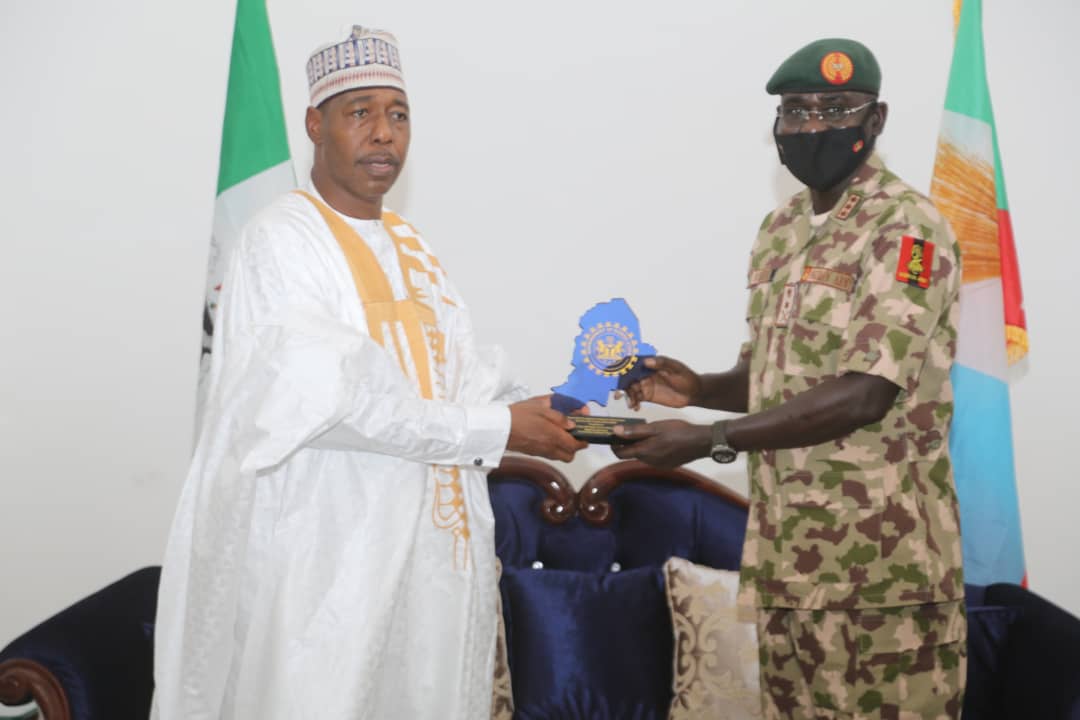 The Chief of Army Staff (COAS), Lt.-Gen. Tukur Burutai, on Sunday, commended the Borno government for its support to the Nigerian military in the counter-insurgency campaign.
Burutai gave the commendation when he led senior military officers on a courtesy visit to Gov. Babagana Zulum at the Government House in Maiduguri.
“I want to use this opportunity to thank Your Excellency most sincerely for all your support to the Nigerian Army, the Nigerian Air Force as well the Theatre of Operation Lafiya Dole.
“Your support is quite immeasurable. We appreciate it and this has really made us to improve on our operations,” Buratai said.
In his remarks, the governor reiterated his administration’s commitment to the fight against insurgency and lauded the military for the successes recorded in the counter-insurgency campaign.
While stressing that he remained faithful to the Nigerian military, the governor said that in spite some misunderstandings, his heart has always been with the organisation.
“This administration, under my leadership, will remain faithful to the Nigerian military.
“There has never been a time since my assumption of office as Governor of Borno State that my faithfulness to the military was in doubt.
“To the best of my ability, I have always been supporting the military, and when there are issues, I make my good intentions known,” Zulum said.
The governor said that Buratai’s presence in the frontline in the last two months had boosted the morale of the fighting troops in the ongoing counter-insurgency operation in the region.
“In the last two months, we have been witnessing gradual return of peace; we are optimistic that the Nigerian military can contain the situation.
“The state government will do everything possible to support the Nigerian military,” Zulum said. (NAN)