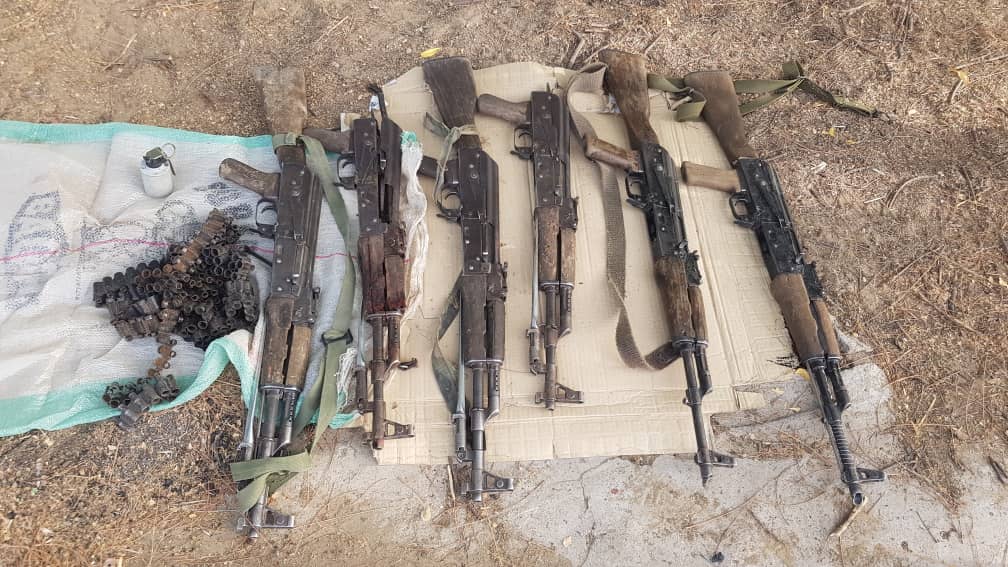 The statement said, the troops In a decisive intercept offensive operation, troops of 130 Battalion with the support of Army Super Camp Baga, had a fierce encounter at the north west of Baga town with BHT/ISWAP Criminals .
According to the statement, the criminals armed with mortars, rocket propelled grenades and small arms were heading to attack villages surrounding Baga, when the troops attacked their convoy with overwhelming fire power killing 20 BHT/ISWAP criminals, captured six AK 47 Rifles, 520 rounds of 7.62mm special ammunition and five 36 hand grenades.

The statement however said, nine of our gallant soldiers were wounded in action with no loss of life. They were evacuated to Sector 3 hospital for treatment.
Similarly, the Chief of Army Staff commends the gallant troops for their professionalism and directs them to remain resolute towards eradicating the criminals from the North East.