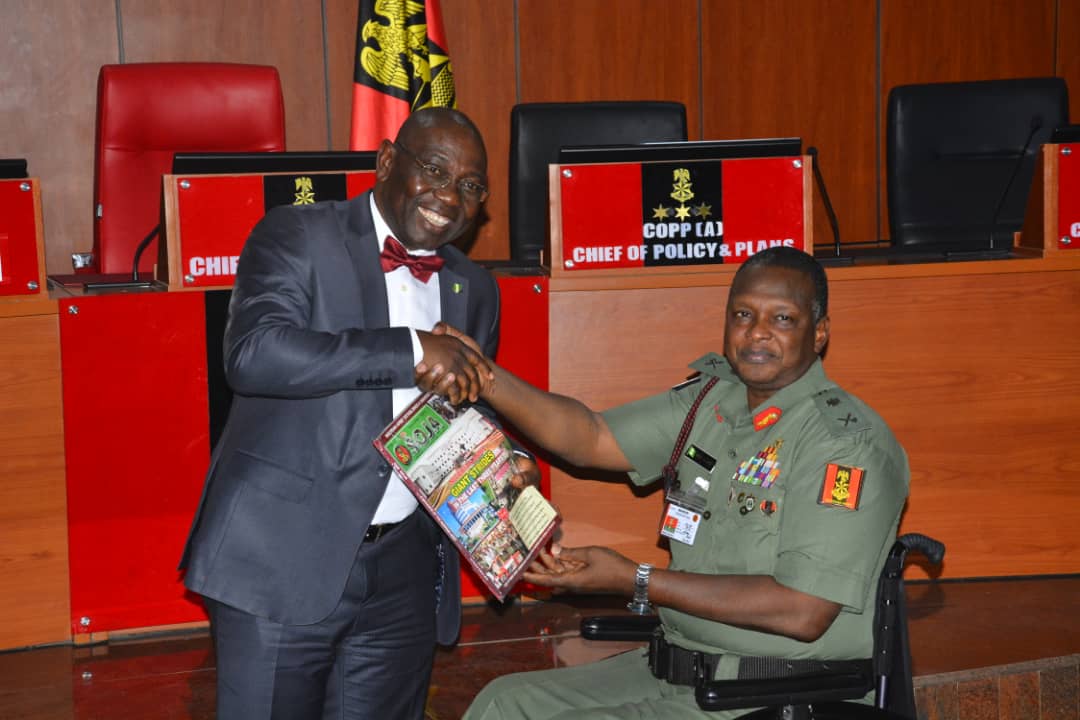 Dr Cletus stated that “I’m here to thank you and all the Nigerian Army personnel for what you are doing for our country, your sacrifices are highly immeasurable. In appreciation of your uncommon efforts the editorial board and management of Daily Asset Newspapers Ltd had based on our decision found you eminently suitable and qualified to receive Daily Asset Man of the Year Award.

“Let me clearly and with all sense of responsibility State that no one influenced the management of the Daily Asset to arrive at this major decision”.

According to him, “We have no contact to any senior person in the Army, it was based on reports from reporters in the field and the internal assessment of the editorial board and the entire management of the company.”

According to him – “We have observed the various activities, operations and achievements of the Nigerian Army under your leadership. We are aware of the complexities and the contending interests in our country and we feel elated with your numerous achievements”. This nomination for the award is in recognition of your patriotism and selfless services to Nigeria and to encourage you to do more as there are still challenges to be checkmated”.

“We can’t account for all your achievements, but what’s visible is your uncommon commitment to the war against boko haram which the nation is winning, although minor hitches not withstanding.”

He urged the media to crosscheck facts with the relevant information department at the Army Headquarters before they publish their stories, seek for clarification as “there is nothing that is hidden in contemporary operations of the Nigerian Army. He thanked the Staff and Management team of the Daily Asset Newspapers Ltd for appreciating and recognizing the sacrifices of the Nigerian Army personnel and urged other country men and women to encourage and support the men and women out there in the battle field.