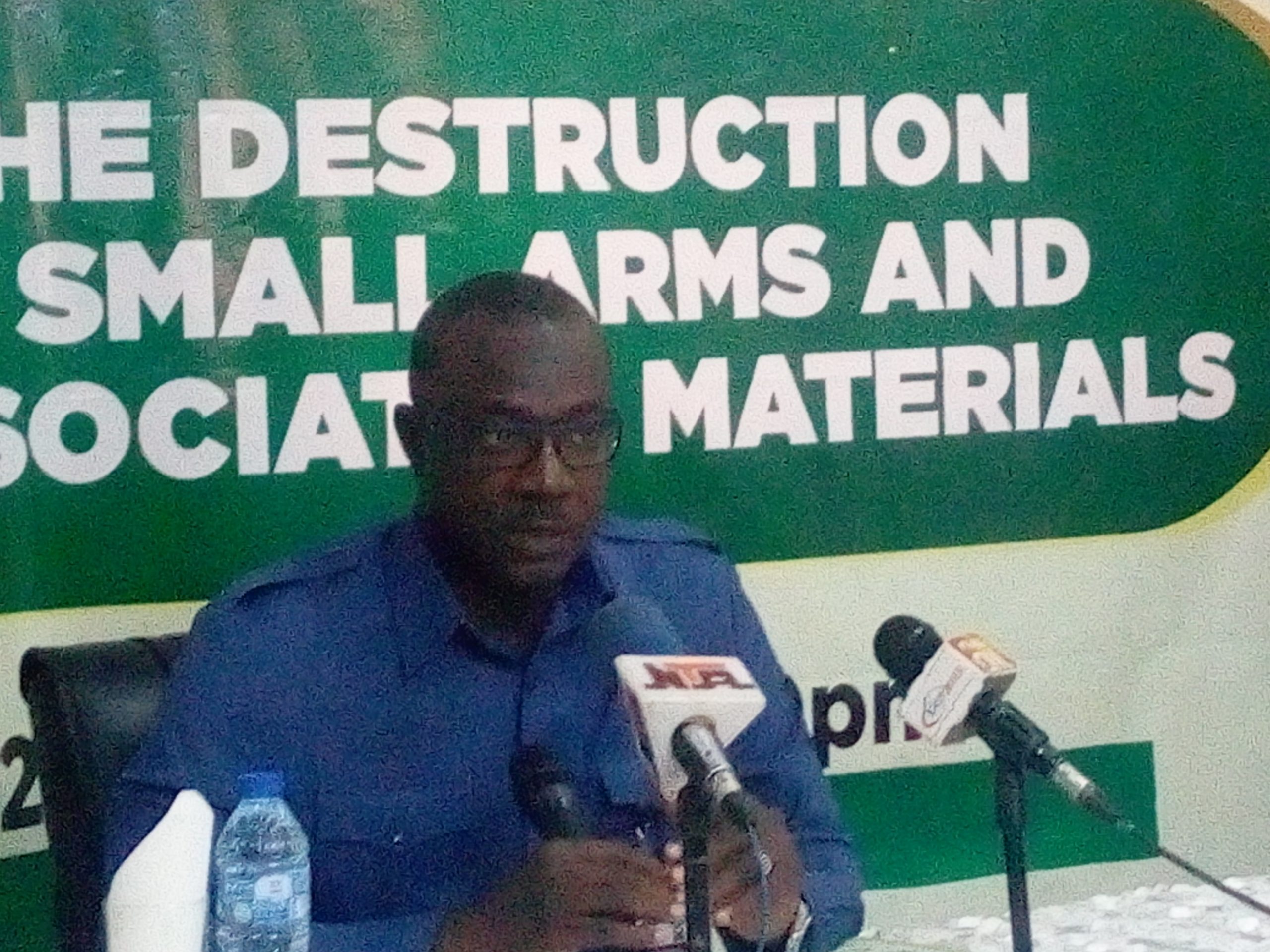 In its effort to stop  the proliferation of illicit firearms, National Centre For the Control Of Small Arms and Light Weapons has recovered over 3000 assorted arms from different theatres of war across Nigeria.
This was disclosed by coordinator of the arms regulatory agency, Maj. Gen. Abba Mohammed Dikko at a press briefing in Kaduna.
While announcing the plan of the centre to destroy the recovered arms, Gen. Dikko said remarkable achievements had been made in areas of regulating the spread of illicit firearms.
He reiterated determination of the centre to ensure only authorised persons are in possession of firearms which he noted was the quickest way to ensure lasting peace and sustainable development across Nigeria.
The retired general disclosed that bill to give the centre a legal backing was underway at the National Assembly which he said if signed into law would ensure seamless and effective discharge of its job.
He decried the destructive role he revealed drug abuse played in proliferation of arms in the hands of unauthorized persons who  illegally used them to destroy lives and forcing young women into unholy unions against their wish.
” Since the takeoff of the center in may 2021, tremendous achievements have been recorded and landmark progress made.
” We are at the moment under the guidance of the NSA before the bill for our establishment is passed into law to fulfil the mandate of ECOWAS charter of 2006 which Nigeria was a signatory nation.
” It mandates member states to establish commission to regulate, acquisition use and disposal of small and light weapons.
” It is only Nigeria and Ghana where the commission is yet to be given a legal teeth to carry out its function as required.
” For effective administration, we have centres across the six geopolitical zones where our activities are coordinated of ensuring the mopping up of illicit weapons from the society.
” You can attest that our efforts are yielding results, considering the volume of arms recovered in the past 18 months from South south, south east, north central and north west geopolitical zones of this country which would be destroyed and the useful metals sorted out and be utilized by appropriate authorities for other useful purposes.
” It is going to be a sustained service to ensure lasting peace to this great country by taking away light but destructive weapons from the hands of unauthorized persons.
” It is a collective responsibility and efforts must be sustained, especially by members of the 4th Estate in this fight against the spread of small arms and light weapons in our society.
” The destruction of these over 3000 firearms would be a continuous occurrence until all nooks and crannies of this beautiful country is certified free of illicit small and light weapons , ” he assured.