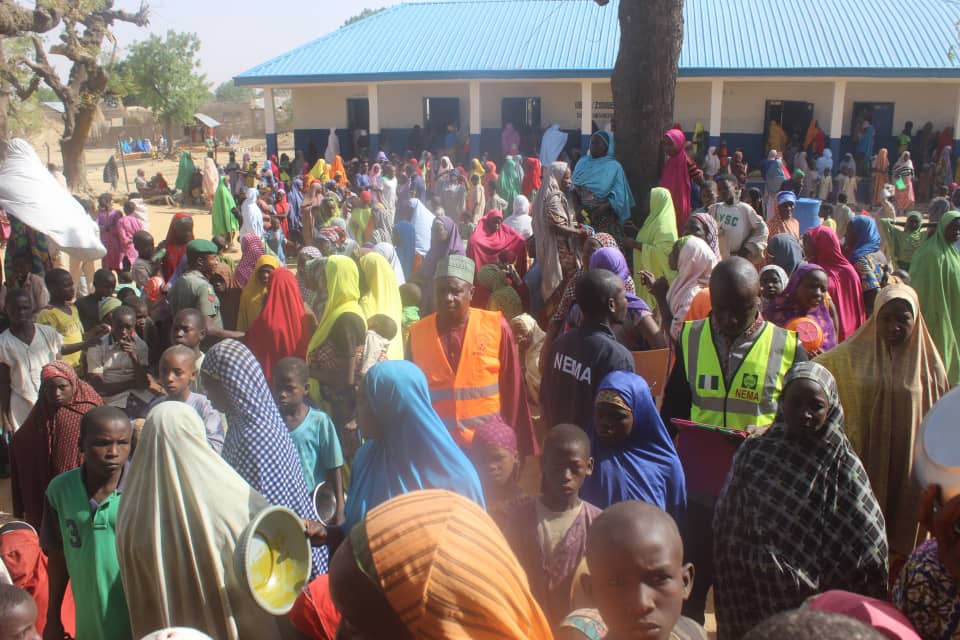 The National Emergency Management Agency (NEMA) has confirmed that about 7, 000 persons were affected by recent bandit attacks in Sabon Birni and Isa Local Government Areas of Sokoto State.

A joint assessment carried out by staff of NEMA and Sokoto State Emergency Management Agency (SEMA), established that about 6,200 of the affected persons are currently living in camps and host communities at Sabon Birni Primary School and Isa town in Sokoto State, as well as neighbouring Shinkafi town, in Zamfara State, respectively.

The Head of NEMA’s Sokoto Operations Office, Alhaji Aliyu Shehu Kafindangi, who led the assessment team on behalf of the Agency’s Director General, AVM. Muhammadu Muhammed (rtd.), sympathized with the affected persons and assured them of necessary relief support.

Many communities in Sabon Birni and Isa Local Government Areas of Sokoto State were affected by several incidents of the alleged bandit attacks, which resulted in the loss of lives, injury, property damages including houses, livestock and displacement of the people from their homes forcing them to flee to other neighbouring communities. Due to the tense security situation, the NEMA team could not access the areas immediately.

Alhaji Kafindangi appreciated the security operative deployed to the area, especially the Nigerian Army and Nigeria Police personnel for facilitating the assessment which was conducted also with officials of the affected Local Government Areas and community leaders.