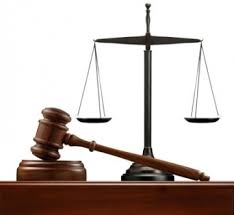 A suspect, one Bala Mohammed has pleaded guilty to the charges leveled against him before a Upper Customary Court Kakuri for alleged offences of impersonation and offences related to witchcraft.
On the 16th August, 2020 one Bala Mohammed on board a new tricycle came to Sabon Tasha GRA community and fetched soil in a nylon bag.
Being a strange face in the community, an elder and community leader, Mr. Jonah made inquiry to the said Bala of which he did not understand the explanation and he took him to the Sabon Tasha Police Station and lodge a complaint.
The said Bala Mohammed was investigated by the Police who said he is a staff of Ministry of environment Kaduna that the soil sample was for the ministry to know the soil texture to enable it in road construction in the GRA community.
Further investigations revealed that Bala Mohammed impersonated being a staff of Ministry of Environment Kaduna State and he confessed to taking the soil sample for diabolic and charms, upon the completion of investigation, the police arrainged him on Wednesday  August 26, 2020 before Upper Customary Court Kakuri for alleged offences of impersonation and offences relating to witch craft under Sections 142 and 185 of Kaduna State Penal Code Law 2017 and the Defendant pleaded guilty to all the offences.

However, the trial Judge, Dorcas S. Atung, Esq. in the interest of Justice, adjourned the matter to the September 15, 2020 for hearing and granted bail to the Defendant.