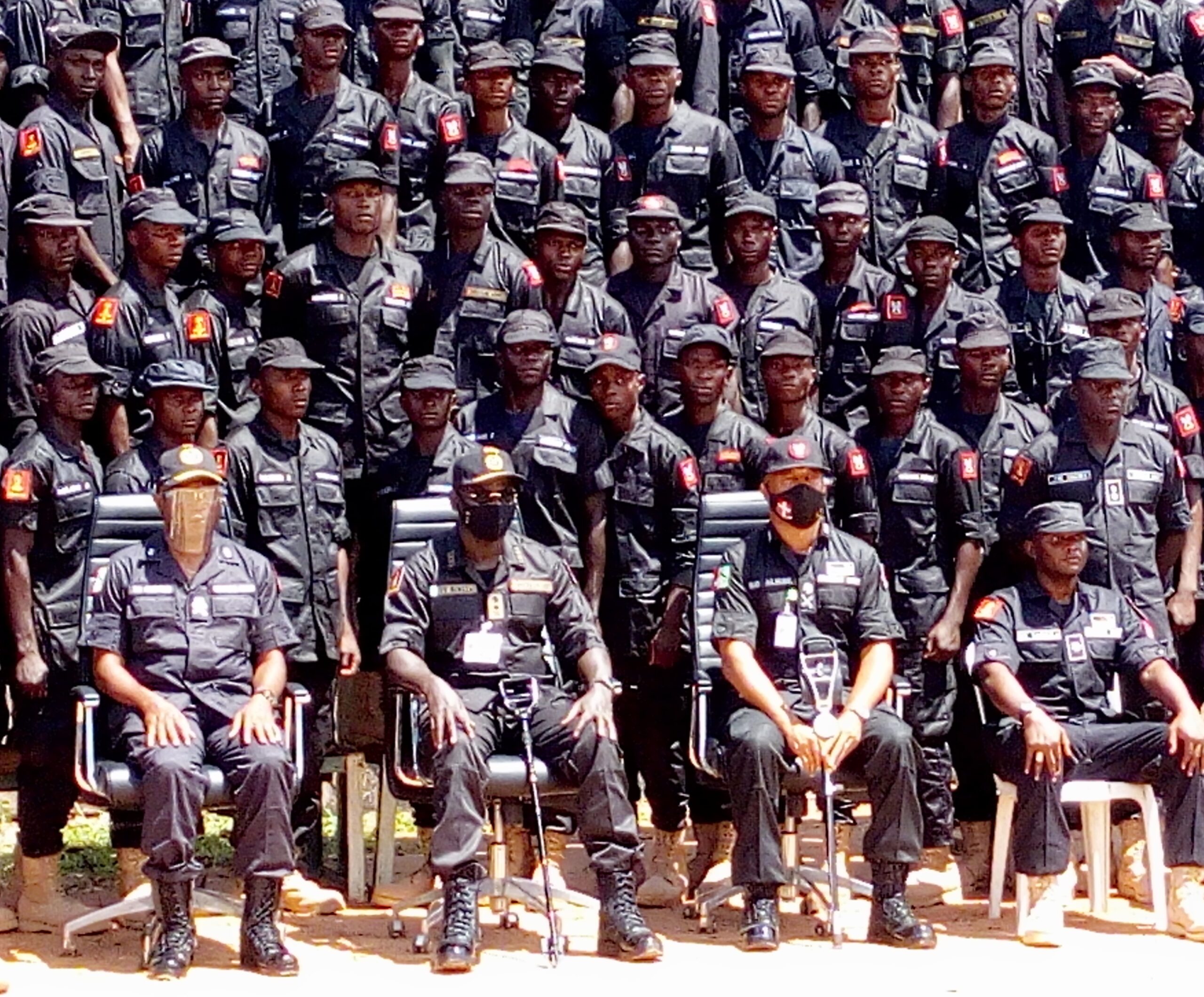 The Chief of Army Staff (COAS), Lt-Gen Tukur Yusuf Buratai, has charged the Nigerian troops to brace up for defeat of insurgency and criminal elements terrorising Nigeria, especially in the North East and North West, saying that, the bandits and terrorists are not as armed and trained as Nigerian soldiers.
He urged the troops to go out there with all confidence to defeat the criminals, as they (criminals) don’t have the training acquired by them and also don’t have the weapons the military have.

Buratai gave the charge on Wednesday at the graduation ceremony of 1,142 soldiers of Starter Point Special Forces Trainees batch 2 at the Nigerian Army School of Infantry (NASI), Jaji Military Cantonment, Kaduna State.
According to him, the training, is designed to strengthen the fight against insurgency in the North Eastern Nigeria and banditry in North West is the second in its series.
Addressing the troops, COAS said, they must put in their best and make use of the training they acquired when deployed to various units in the North East and North West to tackling insurgency, banditry and other forms of criminal activities.
According to him, “You must go out there to defeat the criminals. They (criminals) don’t have the training we have. They don’t have the weapons we have.
“I must commend the commandant of NASI and Starter Point Integrated Service Limited who had partnered the Nigerian Army in training you on counter terrorism, anti-banditry amongst other trainings.
“You may also find your selves doing covert and overt operations, but more of covert, the training would be sustained till the desired results are achieved.
“We want you to be the hope that will finally get the criminals on their Knees, battle field is now intelligence and initiative to determine the right time to strike.
“As you are being trained together, you will work together on one unit but grouped into platoons and companies in the field to continue with the Esprit de Corp and cohesion required to fight and defeat the adversaries.” Buratai said.
The Army Chief who reiterated commitment to welfare of soldiers to boosts their morale, ordered immediate promotion of the 1,142 soldiers, most of whom are in the rank of ‘Private’, to their next ranks.
He however warned the troops to desist from social media influence and serve their country with diligence, adding that, the Army has rules guiding the use of social media, which do not condone indiscipline.
Earlier, the Commandant of NASI, Maj-Gen Kelvin Aligbe, in his welcome address, said the graduands are of the second batch of special forces being trained on rigorous activities for fight against insurgency and anti-banditry.
He pointed out that, the training which was facilitated through partnership by the Starter Point Integrated Services Ltd, covered aspects of close contact combat, camouflage, unexpected incident operations and extraction under fire.