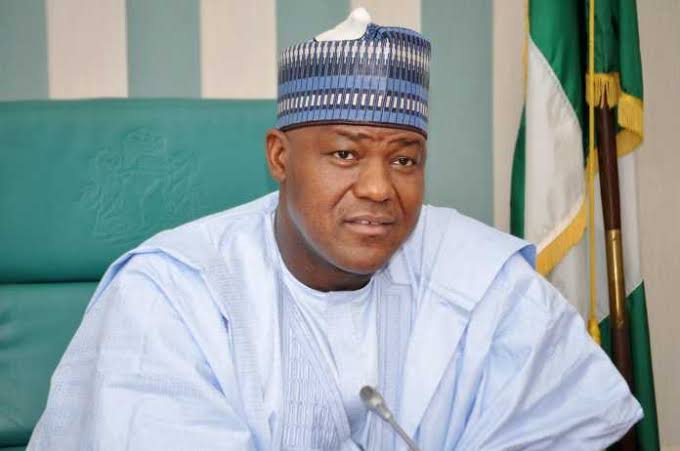 On June 9, 2015, the 8th House of Representatives was inaugurated and Bauchi-born Barrister at Law, Hon Yakubu Dogara,  emerged as the 14th Speaker of the House following a keenly contested election which left many viewers on the edge of their seats.

In his acceptance speech, Hon Dogara made a solemn declaration that under his leadership, the House “shall wage an unrelenting legislative war on Nigeria’s problems.”

True to his words, the House moved with a speed of light and hit the ground running with the implementation of the Consolidation Agenda, embarking on a series of innovations that swept across legislative activities of the Green chamber.

Four years after, the House of the Nigerian people has not only discharged its constitutional responsibilities to the people, it did so with utmost zeal and patriotism because the  parliament uses three or four measures to function in a democracy. These include the very act of legislation or lawmaking, resolutions, oversight and the last one – which is least known and hardly appreciated – the instrument of public petitions. These  are the major yardsticks of assessing the performance of the legislature, which are intangible and, therefore, rarely appreciated by the populace.

The House under Dogara has done exceptionally well as it achieved many firsts, with an unprecedented record of passage of legislations that is unparalleled in Nigeria’s history from independence in 1960 to date. Following adoption of the 8th Assembly  Legislative Agenda the speaker, in a flash, embarked on a review of obsolete and outdated laws by setting up a committee of experts comprising of legal luminaries and erudite scholars who worked for months and recommended about 300 Bills to the House for consideration with the aim of cleaning Nigeria’s statute books  adopted from Britain under the Statutes of General Application as in force in England as at 1st January, 1800; which have never been amended and which still had some describing places in England and even have penalties stipulated in Pound Sterling.

In December, 2015, the House set record by passing for first reading, 130 bills, most of which were from the recommendation of the Statutes Reform committee constituted by the Speaker.

Dogara also became the first speaker, since the return to democracy in 1999, to have stepped down from the chair to sponsor a motion on the urgent need for rehabilitation, resettlement and recovery of the violence ravaged northeast region.

To his credit, even as Speaker, he sponsored not fewer than 10 bills-two of which led to the establishment of the North East Development Commission and the Federal Competition and Consumer Protection Commission.

However, his intervention in the hallowed Green Chambers of House was not limited to the North East as he championed the cause of Internally Displaced Persons (IDPs) by visiting their camps across the country and sustained advocacy for the convocation of an international donor conference to rebuild the Northeast and displaced persons in Nigeria.

Four years on, a total of 382 Bills were passed which did not only dwarf the performance  of all previous Assemblies but also surpassed  the number of Bills passed from first to the seventh Assemblies.

In the same vein, a total number of 1,587 motions and 1,192 public petitions were considered.

Indeed, public petition is a critical and important work of the parliament that is rarely known and hardly appreciated by pundits, critics and even the populace. The Committee meets every day and addresses cases of violation of human rights, illegal termination of appointments and sundry matters. Through this, hundreds of people have gotten back their jobs and had their rights restored. This is the true work and meaning of representation. This record too, is unprecedented.

In keeping with his agenda,  he introduced sectoral debates into the workings of the legislature in Nigeria. This initiative made it possible for ministers from the executive arm of government to give updates to Nigerians on they were faring with their responsibilities  in their respective ministries.

That is not all. The House under Speaker Dogara also helped with regular interventions to stabilise the polity. For example, during the fuel price crises, the House reconvened on a Monday, held a special session and  deliberated on the issue, which helped in calling off the industrial action by labour unions and saved Nigerians needless troubles.  He also helped to mediate between the Federal government and the Nigeria Medical Association and the National of Association of Resident Doctors during their strikes, thereby averting a major crisis in the health sector which would have impacted badly on Nigerians.

Lest we forget, it was Hon Dogara that addressed the plight of Pensioners when he  intervened in resolving the non-payment of pensioners for three years. He has also championed efforts to amend the Constitution to remove the age barrier for elective offices with the introduction of the #NotTooYoungToRun Bill, which reduced the age requirement for electives offices in Nigeria and has succeeded in opening up the political space and ensured youth inclusion in politics and governance.

To his credit, he pushed for financial independence of the State Houses of Assembly which was hitherto seen as impossible.  He was also passionate about autonomy of local governments and did everything humanly possible to ensure its realization.

Infact, there were times that the House passed Bills in just two sittings and transmitted same to the Executive for assent, which is the reason why the Federal government recently gave the Speaker an award.

No doubt, the 8th House gave the Executive maximum support and cooperation in these four years as there was no single Executive request or communication that was not granted, none. In fact,  for peace to reign and in order not to heat up the polity, the House overlooked numerous Constitutional infractions committed by either the President himself or his appointees, including but not limited to several illegal withdrawals of funds from the Consolidated Revenue Fund of the Federation.

Unfortunately, the President, who sees himself as the most righteous human to ever walk on the earth, constituted himself into a moral judge and passed a negative verdict on the leadership of the 8th Assembly describing them as “unpatriotic” even though it was the same government which he leads that specially recognised the patriotic role the Speaker played in passing the Ease of Doing Business Bills. The Latin maxim “quod approbo non reprobo”, readily comes to mind.

As Hon Dogara said in his valedictory speech to his colleagues, the job of parliaments all over the world is to escalate constructive conflict and that it is their job to search for the truth and without the clash and compromise of ideas, the truth can never be found. Everything loses its meaning in the absence of the truth. Anyone who sees disagreement or conflict as inherently bad has no business leading a democracy because we are not likely to ever see any healthy democracy that is not productively noisy. The House and indeed  the legislature, he argued, must always engage in debates about both pleasant and unpleasant issues, if it must continue to do the work of democracy.

“Progress ceases the very day we cease to disagree. Every invention, every innovation has always come from someone who disagreed with the status quo. That is why the Athenian law maker, Solon, undoubtedly one of those who cradled Democracy, once decreed it a crime for citizens to shrink from controversy.  No Parliament anywhere can win a popularity contest and Parliaments are not meant to receive praise. Any Parliament that receives praises especially from the Executive must be an assemblage of enablers who have abandoned fidelity to their oath of office,” he stated.

Indeed, the Speaker Dogara’s stellar performance is as a result of a combination of his upbringing and his leadership skill, honed over time from experiences gathered in various positions he held both as a member of the House and as a lawyer.

To him, public office is not meant for personal gains but for public good and it is his philosophy that leaders should at all times live exemplary lives of service, sacrifice and selflessness so that greater good can be delivered for the greater number of the people.

That ability to reach out, to concede, to compromise for peace, to expand his tentacles, to build consensus and remain calm and steady even in the face of unwarranted provocation from agent provocateur, was what  distinguished him as a leader.

What more can we say or write about the 8th House under Dogara? The records are unparalleled, the achievements uncountable, the statistics mind boggling, the history unprecedented.

As he rightly reminded his colleagues exactly four years ago, members of the House are heirs to a long tradition where debates are robustly undertaken, where radicalism flows as an institutional prerogative; 8th House under Dogara has truly demonstrated that it is the bulwark for the defense of the rights and privileges of the common man, the champion of the rights of the weak and poor and anchor for the wellbeing of the Nigerian people.

Leaders are judged and assessed by the records of their works while in office and in this instance, no one needed to invent facts or even search for alternative facts  because the facts are there and speak for themselves.  The 8th House has given Nigerians many firsts which time and space cannot permit me to enumerate but all the numerous landmark and unprecedented achievements are there for all to see. This is just an attempt  to highlight, appreciate and appraise the Green Chamber from a very close range as a direct witness to this historic epoch.

Surely, posterity will be just and fair to Hon Dogara for the leadership he provided in one of Nigeria’s most trying and challenging times in our history as a nation.