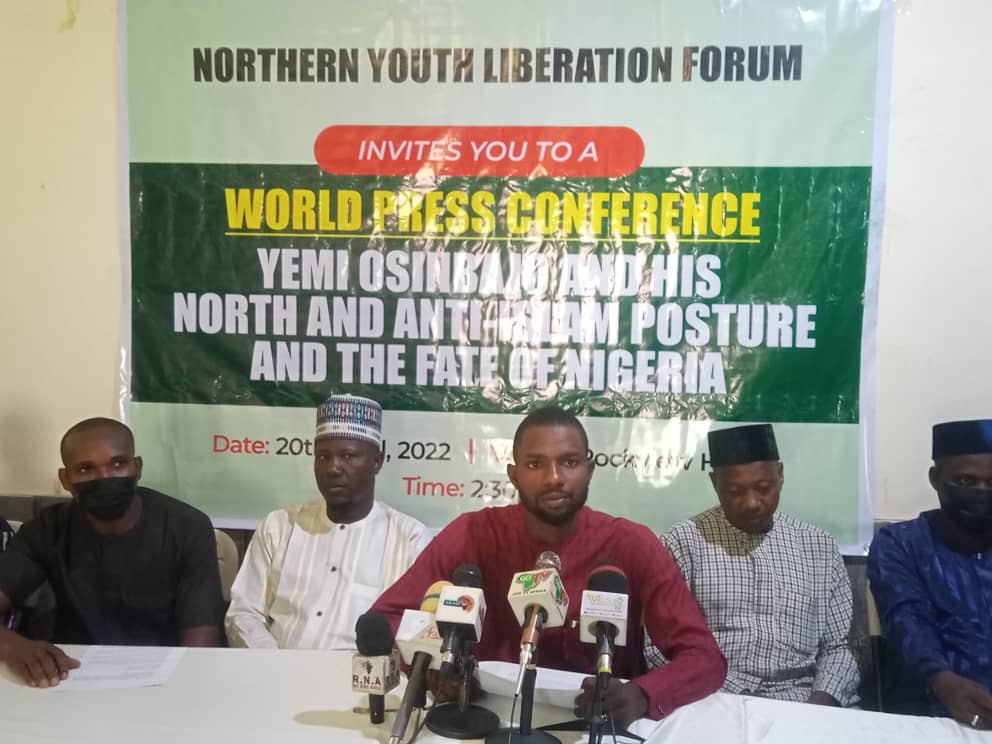 A group known as Northern Youth Liberation Forum has urged delegates of All Progressives Congress (APC) to shun Vice President Yemi Osinbajo at the party’s forthcoming presidential primary election.
Convener of the group, Abdullahi Bilal in a press conference accused the country’s Second citizen  of harboring hatred and animosity towards Muslims, saying Nigeria would be plunged into a serious religious crisis under Osinbajo’s presidency.
Bilal expressed fear in the ability of the current Nigeria’s number two man to provide a true, equitable and unbiased  leadership to people of this country  irrespective of religion and region.
He disclosed that as  stakeholders with passion to ensure emergence of good and God-fearing president in 2023, the Group had discovered through a thorough research that Osinbajo’s presidency would cast a dark shadow on the country’s religious diversities, adding that the most populous Black nation on Earth cannot afford a religious war in the midst of security and economic challenges.
Bilal further stated that Osinbajo would be an agent of disunity, division and religious intolerance to Nigerians whom he noted should have a unifying and fatherly figure to all as president in 2023.
” The VP has been very vindictive towards Muslims of northern extraction because they do not share the same faith and ethnicity with him which We consider to be unwholesome and unbecoming of a man wishing to be president for all.
” We enjoin opinion and religious leaders in northern Nigeria not to trust and believe overtures from Osinbajo’s camp, laundering his image because we wouldn’t want to take an action that we will regret tomorrow.
” We therefore urge our delegates from the North to reject the VP at the forthcoming APC Presidential primary election to save our dear country and the north in particular.
” This has become necessary to ensure that northern Nigeria is not subjected to persecution in the hands of Yemi Osinbajo whose hatred for the region knows no bounds, ” he cautioned.