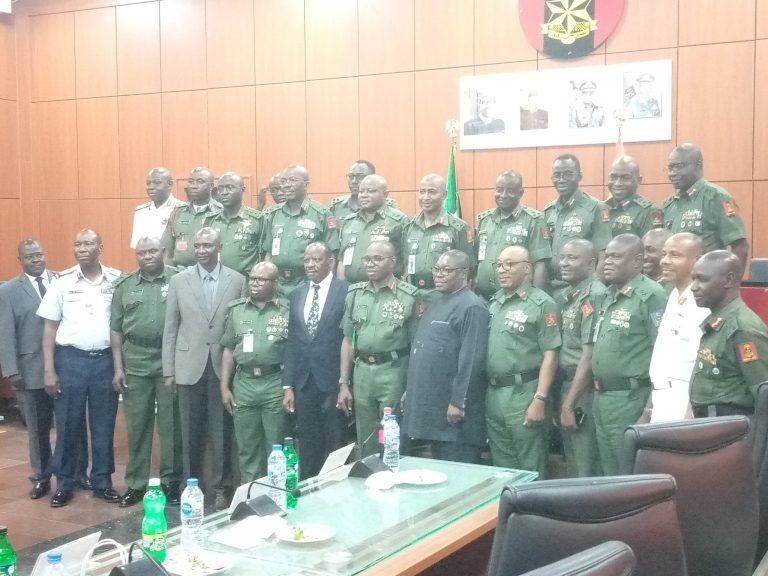 The Nigerian Army on Tuesday played host to a team, ‘The Villa Team’ comprising senior officers from Defence headquarters, Army headquarters, Naval headquarters and NAF headquarters as well as senior retired military officers who are facilitators, for a presentation on modern and real time logistics implementation for the armed forces.

Led by retired Major General John Samuel Zaruwa, the team made a presentation on the Vertically Integrated Logistics Approach for the military.

The research and experimentation resulting in the integrated approach according to the team, took about four years to arrive at.

Speaking at the presentation, the Chief of Army Staff, Lt. Gen. Tukur Yusuf Buratai who was represented by the Chief of Policy and Plans, Lt. Gen. LO Adeosun said the Integrated approach is meant to ensure that the armed forces logistics is improved upon for better military operational capabilities.