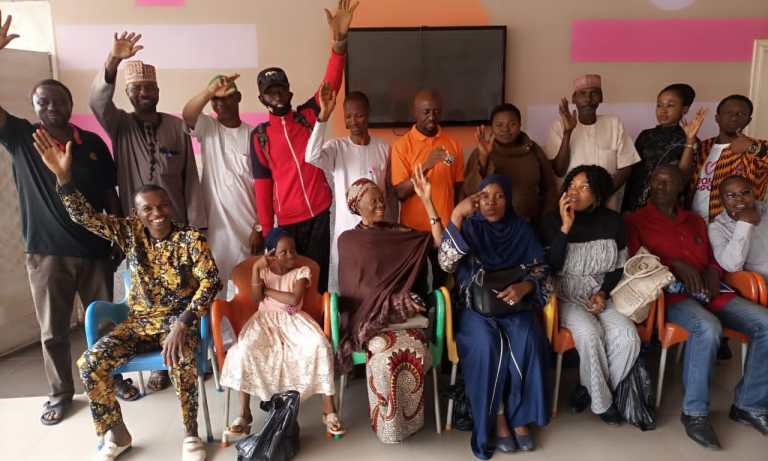 As Nigeria edges towards the 2023 General Election, Media Practitioners have been urged to put the interest of the country first by reporting with objectivity towards ensuring a successful and peaceful exercise.
This was contained in a communique issued at the end of a monthly forum with Media on Peace Journalism aimed at creating awareness among Nigerians on their civic responsibilities to ensure a peaceful and prosperous nation.
Participants at the Interfaith Mediation Center (IMC)  sponsored meeting held in Kaduna as part of Community Initiative To Promote Peace (CIPP)  agreed to serve as agents of peace, unity and above all sensitize and  Mobilize the electorates for a common goal of national integration, growth and development.
Participants acknowledged the important roles of the media as watchdog and  fourth estate saddled with responsibilities of checkmating excesses of other arms of the Government, enlightening citizens, informing  the general public and educating the populace on their rights and duties in a representative democracy.
” Citizens of the State should shun ethnic and religious inclination that polarize and instigate hate and disunity among the citizens. ” National Electoral Commission INEC should ensure that they conduct, free, fair and credible elections which will be acceptable by all.
“INEC should also ensure the transmission of election results electronically in accordance with the 2022 amended electoral Act.
“Religious leaders should not use their sermons and congregation to preach disunity during, before and after the elections, so as not to cause division among fellow citizens in the State and Nigeria as a whole.
” Media practitioners in the country should sensitize and educate Nigerias not to see  the 2023 general elections  as a do or die affairs.
“Media owners in Kaduna State and the country should support and equip their Reporters with modern equipments so as to enable them discharge their duty effectively during the coverage of the general elections.
” There is reduction of banditry, kidnapping and terrorism in the State and attributed this success with the ongoing continues efforts by the State relevant security structures and by the Nigerian Military, CMMRC, CPOs, CPAN, Media and other response team as well as urging the security to sustain the tempo.
” Eligible voters in Kaduna and in the country to desist selling their Voters cards  to politicians because of hunger and poverty.
“Critical stakeholders in the State and the nation should continue to sensitize citizens, particularly youth against involvement in political thuggery before, during and after the general elections.
“The practice of vote buying by politicians was frowned at  with a call  on relevant agencies to re-enforce their constitutional power to arrest any culprit politician who  engaged in vote buying  to serve as deterrent to others,” the communique urged.