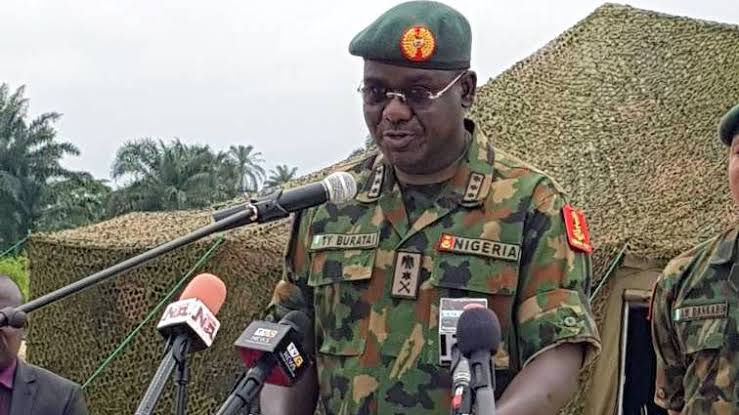 No less than 30 top Boko Haram commanders have sent words to their leader, Abubakar Shekau, that they will drop their arms and surrender to the Nigerian Armed Forces soon.

The verbal message sent through one of Shekau’s close contacts by the Boko Haram top fighters is said to have devastated the BH leader who has been experiencing terrible outings in recent times and has been hard put trying to convince the top commanders to stay.

The top commanders are said to have moved ahead and begun a process that would see them surrendering to the Nigerian armed forces soon by fortifying their bunkers in case Shekau sends his men after them.

Feedbacks from sources who have had dealings with the Boko Haram terrorists in recent times have it that most of the operational commanders of the sect are not happy with their leader for not honouring his promise to surrender to the Nigerian military.

Shekau had in March, following the near annihilation of his fighting men given an indication that he will be willing to surrender to the Nigerian military if only to save his life and that of his men only for him to dilly dally on the matter which has incurred the wrath of his top commanders.

More than 40 of the Boko Haram top commanders including including Manzar Halid, Amir Abu Fatima and Nicap, among others were killed last week in a counter attack by the operation Lafiya Dole in what is now a clear indication that the terrorists have been overwhelmed.

High profile commanders and fighters of the Boko Haram namely, Abu Jamratu AL-Naweer, Kaka Bana and Tareta Babakari were also fatally wounded in that operation when Boko Haram terrorists attempted to overrun Banki and other communities in Borno State.

A large number of their equipments , including gun trucks, motorcycles and bicycles were destroyed also by troops.

The top commanders are the strategists and notorious kingpins of the group who mastermind or lead deadly operations for the group.

Our correspondents report that the terrorists experienced their worst outings in the last three months.

In March, Nigerian troops eliminated not less than 20 of their top commanders including one Abu Usamah, and over 100 of their fighters who were hiding in Kwalaram, Ngilewa, Sabon Tumbu, Bukarmairam, Wulgo in the Marte and Gamboru Ngala axis as well as in Gorgi, Damboa local government of Borno State.

In April, Nigerian troops also killed 105 of their men in Buni Gari and captured many weapons including five AK-47 rifles, three GPMG and one Duska anti-aircraft gun.

While in May, 78 members of ISWAP and 56 Boko Haram members were killed and 28 of their informants were arrested.

The Boko Haram commanders according to sources, had wanted Shekau to follow up on the notice of surrender he had earlier given and his recent cry for mercy and surrender so that they could together plead for leniency from the Nigerian government.

Shekau in a recent audio tape, was heard ululating about how he has been losing his fighters in the renewed onslaught against insurgency by the military since the Chief of Army Staff, Lt. Gen. TY Buratai relocated to the Northeast.

Sources say the commanders, angered by the recent mass killing of their colleagues no longer murmur in secret about their intentions to leave but have been bold enough to challenge their leader on why he has failed to do as he promised.

“You know their leader is holed up somewhere in the Cameroon mountains and there is a line of communication between them.

“Normally their fighters are not allowed to complain as that could attract execution but lately, the commanders are united in their grudges and have dared Shekau to execute them if that would make him win the war.

“But Shekau cannot take any negative action on them because he has lost so many of his top men recently and killing these ones would render him highly vulnerable,” the source said.

Sources say the Boko Haram commanders and their men are encouraged to take that line of action seeing that the Nigerian government had kept its word not to take any negative action on any of them that surrenders as all their former colleagues that had taken that line of action were well received and rehabilitated.

They said as far as they are concerned, that Shekau is fighting a lost war as there is no way he can continue the fight with the heavy loss in human and material resources in recent times.

Though most of the commanders are said to be suicidal, sources say many of them are no longer convinced about the doctrine of sacrificing their lives as they have noticed that their leader himself is not ready to die but is being driven by pecuniary motives and not religious or righteous purposes.

There are also allegations that the greed to continue to benefit from the war is responsible for why he has refused to surrender.

They made it clear that the message is the final one they would be sending to him before they leave saying they are only communicating with him to see if he would live up to his promise and join them.

Sais the source: “It is not as if they are asking for his permission, they are just informing him to see if he will be willing to join them.”

Our correspondents confirmed that the Boko Haram/ISWAP camps have been in disarray lately following the heavy casualty they have suffered.