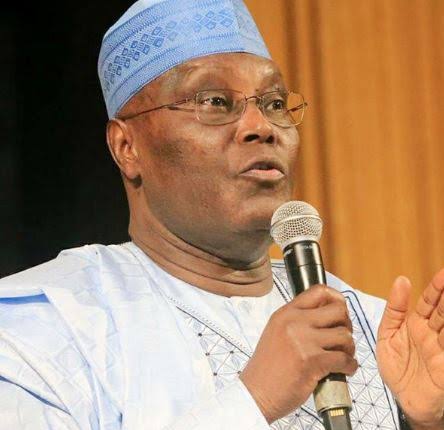 Barely a year after the presidential polls, there are indications that the Atiku Youths Office has  begun mobilization, and reaching out to several disenfranchised and disenchanted Nigerians as well as wooing some top Buhari, APC Strongmen and groups.
In response to the myriad  of calls, messages and emissaries sent to encourage Atiku Abubakar to commence the consultation of Nigerians, it was gathered, the Youths office has kick started a process of galvanizing support for the ex Vice President, which according to a leaked memo, has so far, attracted 540 different groups from within and outside the Peoples Democratic Party (PDP).
It was gathered that many of the agitators pointed to severe damage of the unity of the country,  increased crime rate and insecurity,  lack of youth employment as well as very negative outlook of Nigeria by Western powers and refusal of many Foreign Direct Investors into an economy in crisis as well as the rampant disrespect of the judiciary and incessant harassment of the citizens by the agents of the state,  orchestrated by the DSS

It was authoritatively gathered through the leaked memo from SA Youth and Support Groups, Ambassador Aliyu Bin Abbas to   His Excellency, Atiku Abubakar, GCON, that several meetings have already been held with key political appointees in the President Muhammad Buhari administration, and some of the ruling All Progressives Congress (APC) who it was gathered, are keying into the project.

“Over the weekend and the past few days, l have been engaged in very high level diplomatic and political rebuilding and realignment for resounding future of the Atikulated Presidency of 2023,” the memo said.

Our correspondent discovered names of 6 core and  key loyalists of the president, and three of the APC which we don’t want to disclose at the moment,  mentioned several times in the memo

The memo requested the approval of meeting with several other Buhari loyalists and appointees to woo them to Atiku’s camp.

It was further gathered that the new Atiku disciples which are mainly youth, would be united with his present loyalist’s to launch a strong national political movement to be known as Atiku Support Organization (ASO).

When Ambassador Abbas was contacted to comment on the matter, he declined, replying our correspondent that, “Who told you, which memo?” He quipped, then hung up the call.