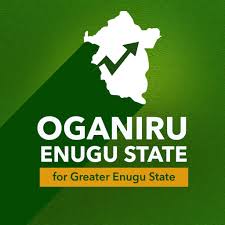 Members of a prominent group, Oganiru Ndi Enugu Group have warned political merchants to stay away from them as they cannot be bought over ahead of the 2023 general elections.

This was contained in a statement jointly signed by Honourable Emmanuel Ogbozor and Barr. Sunday Umeha, Udi and Ezeagu Local Government Coordinators of Oganiru Ndi Enugu, respectively, made available to our correspondent on Thursday November 3, 2022.

“Following recent events and upon critical consultation and review of the unhealthy plans to commercialise and compromise the core essence of Oganiru Ndi Enugu which is enthronement of good governance in Enugu State, the leaders of Oganiru Ndi Enugu Group comprising the Local Governments and ward leaders of the group in Udi and Ezeagu Local Governments Areas of Enugu State in a meeting held at Enugu, resolved that they will remain committed to the political ideologies and philosophies of Senator Ike Ekweremadu.

“The members of Udi and Ezeagu Oganiru Ndi Enugu and the Oganiru Ndi Enugu leaders of other local governments of like minds have resolved to throw their support for Hon. Barr. Chijoke Edeoga and all their members who are Candidates of Labour Party for 2023 General Elections in Enugu State,” the statement said.

The group made it clear that the reason for their decision to support Barr. Chijioke Edeoga is because of his political vision and mission for Ndi Enugu, anchored on good governance, which is the core essence of Oganiru Ndi Enugu movements.

The group therefore, dissociated itself from the ongoing plans to commercialise the body and to mortgage Enugu people to another eight years of unproductive governance through a smokescreen endorsement of candidates using non members of the organisation.