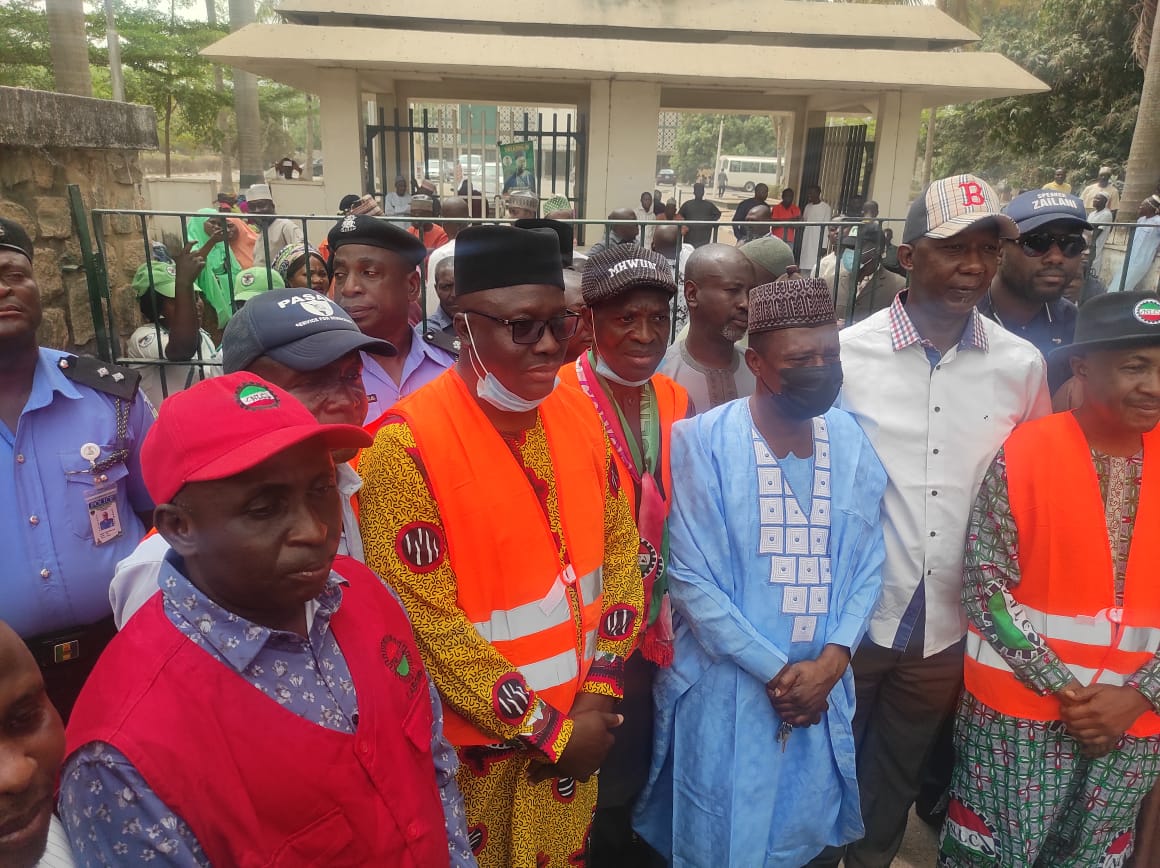 The  Speaker who was represented by Rt. Honourable Mukhtar  Isa Hazo  said that the Assembly is happy and commends leadership of NLC and other affiliates for the protest.
“It will interest you to know that Kaduna Assembly is always first in the region, we do, others copy
“I believe when you met the Speaker, he has already spoken our minds.
“We thank you for the respect given to us by coming to our assembly to pass your message,” he said.

The NLC Chairman Kaduna State,  Comrade Ayuba Magaji in his remarks,  said that 42 affiliates of NLC  were represented, with labour leaders from the seven North West states.
This followed a massive protest embarked upon by the NLC, from Kaduna Township Stadium to Kaduna State House of Assembly.