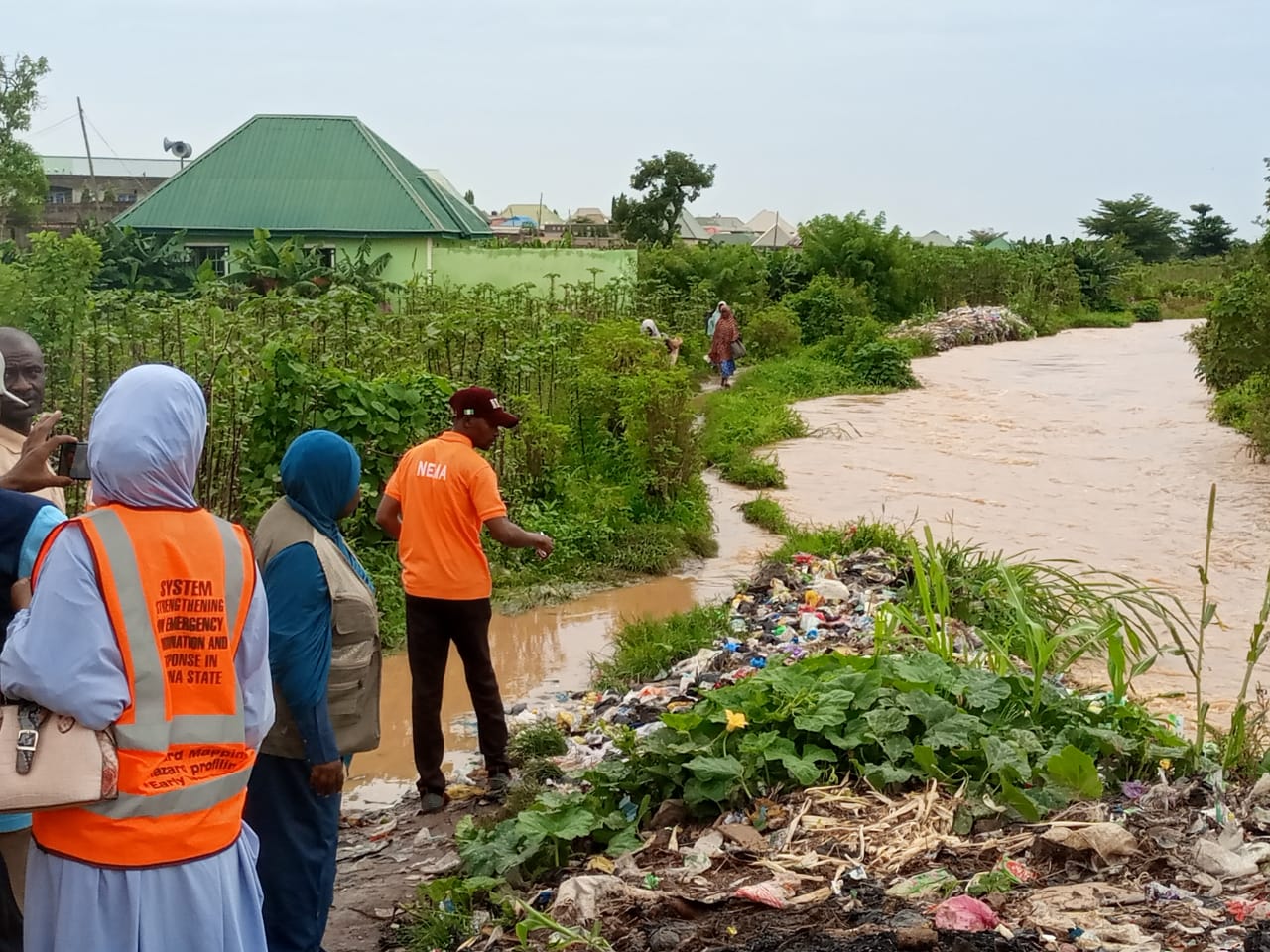 Assistant Zonal coordinator Coordinator NEMA North West, Amina Ahman while fielding questions from newsmen on the sidelines of the sensitization, blamed indiscriminate dumping of refuse for most flood incidents in Kaduna metropolis.

Represented by Assistant Chief Information Officer, Hajiya Halima Sulaiman, he said that they were out with stakeholders to sensitize people on mitigating flood.

“The rains have started, the river level is rising, people have to be aware and watch out for early warning signals.

“We are looking at areas captured in Kaduna forecast by NIMET.

“Based on what we have seen, there is a lot of waste management issues affecting the environment.

“We are hoping people will become more conscious of their environment and sleep with their eyes open,” the coordinator said.

The NEMA Zonal Coordinator warned that If there is flooding in Kaduna, it will have serious effect, hence they are are out to prevent that.

Principal Senior Officer of the National Orientation Agency (NOA), Hadiza Musa in her remarks, said that the issue of flooding is sympathetic.

“Government and community have to put hands together. Most of the cases we saw is issues of flood caused by dumping of refuse.

“The government should on its part, put up drainages and constantly clear the refuse,” she advised.

According to her, “in NOA, we sensitize people on proper waste disposal so that they don’t block drainages and also to avoid building on waterways.

“We have to appreciate NEMA for organising this stakeholders assessment. We call on all who are supposed to take action to do so to prevent endangering lives.

“The way Hayin Danmani water is going, shows that the people around there should move to higher grounds,” she warned.

“We hope that the citizens of Kaduna State will stop improper waste disposal.

“They should not say when waste is dumped in the river, water will take it away,” he stressed..