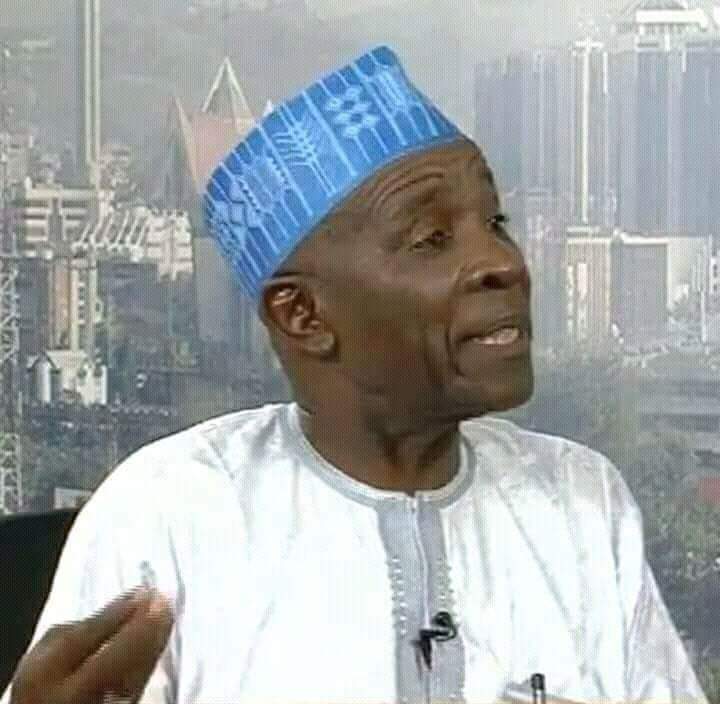 The outspoken Engineer Buba Galadima has reaffirmed that the immediate past governor of Kano State and a Senator of the Federal Republic of Nigeria, His Excellency Rabiu Musa Kwankwaso has finalised his official movement to New Nigeria People’s Party (NNPP) as the Kwankwasia Movement and those who are not apolitical in The National Movement (TNM) have collapsed their entire structures “into NNPP in preparation to receive Senator Kwankwaso officially into NNPP with loud funfaire in a welcome rally that will shake the entire country”.

This was disclosed in an exclusive interview with Engr. Buba Galadima anchored by Rev. Emmanuel Olorunmagba on the online Television Channel of the party, NNPP TV on Friday March 18, 2022 streaming live on NNPP TV Facebook page.

The.disclosure has cleared the air on the confusion that pervades the media over the status of Kwankwaso with People’s Democratic Party (PDP)

Affirming that The National Movement (TNM) that Senator Kwankwaso is convener, and Engr Buba Galadima is a major stakeholder; has joined NNPP as the political platform to achieve her aim, he categorically asserts, “in our search of a political platform for TNM, we spoke with five political parties and it is only New Nigeria People’s Party (NNPP) that the constitution and manifesto rhyme with the vision and ideology of The National Movement (TNM).

“Hence and we came to inevitable conclusion, which cannot be controverted that the New Nigeria People’s Party NNPP is the God ordained party for the achievement of the ideology of TNM, which is the ideology of the new Nigeria that every patriotic citizen should be part of”, which we all desires and can be proud of carrying our green passport anywhere in the world.

“A nation that we can travel on land or sleep without fear of being kidnapped, where every Nigerian man can comfortably put food on the table for his family and where education is major priority,” he said.

Baba Galadima further clarified that “His Excellency, the Distinguished Senator Rabiu Musa Kwankwaso PhD, is a highly respected personality with massive nationwide followers, hence a person of his caliber cannot officially move into another party without a nationwide rally to officially welcome and receive him”. Hence, he insisted that in view of that, Senator Kwankwaso has not officially left PDP.

He however, further added that as part of the arrangements to receive him officially into NNPP, Senator Kwankwaso in company of other political bigwigs like Engineer Galadima and Senator Hunkuyi has met with the leadership of NNPP and were not only received, but cogent agreement has been reached to join NNPP and steps are being taken to concretise the arrangements as NNPP has dissolved her leaders to accommodate some members of TNM and Kwankwasia and a harmonised Caretaker Committee was constituted to run the affairs of NNPP before substantive new party leaders are elected. And “party Congresses are ongoing that will culminate into a National Convention slated for 30th of this March, towards ensuring a harmonised” substantive, leaders for NNPP at all levels.

It is of note that while some members of PDP initially claimed that Kwankwaso was expelled out of PDP, so he had to pitch tent with NNPP, yet as the rumour of the acclaimed explosion was fading off, another set of PDP leaders extracted part of the interview granted by Kwankwaso to claim that he is still in PDP and not leaving PDP soon.

In fact, to further compound the confusion, just few days ago, the former Senate President, Senator Bukola Saraki celebrated Kwankwaso on his official verified Facebook page, quoting part of his interview and praising him on the assumption that he will remain in PDP.

Yet the news of Kwankwaso joining NNPP has been so loud both on traditional and new media.